As the end of year celebrations approach, Square Enix offers a selection of video games to put under the tree for the enjoyment of young and old.

The story begins 7 years before the events of FINAL FANTASY VII and follows Zack Fair, a young and ambitious Shinra SOLDIER. Zack is on a mission to find a missing SOLDIER First Class by the name of Genesis Rhapsodos. But as his adventure unfolds, he uncovers the dark secrets of Shinra’s experiments and the monsters it creates. The game features many characters from FINAL FANTASY VII such as Cloud, Sephiroth, Aerith and many others.

Voice of Cards: The Beasts of Burden

Surprise of this beginning of the year, VOICE OF CARDS is a series of unique gaming experiences. Providing players with independent stories, each episode is told through cards and developed through the mechanics of board games. This original proposal will delight card game enthusiasts, board game players but also those looking for new gaming sensations. Thanks to their remarkable design and scenario, each VOICE OF CARDS game is a memorable tale that guarantees a journey into an original universe.

VOICE OF CARDS: THE BEASTS OF BURDEN tells the story of a girl lost in a world where humans and monsters have been at war for millennia. Accompanied by a somewhat strange boy, she seeks revenge for her family and discovers the unknown stories of this broken world.

Behold of Cards: The Beasts of Burden is available on PlayStation 4, Nintendo Switch and PC.

NieR:Automata The End of YoRHa Edition

NieR:Automata, the iconic and highly acclaimed RPG from Square Enix and Platinum Games – created by Yoko Taro – is now available on Nintendo Switch! It has sold over 6.5 million copies worldwide since 2017. Fans can now experience this post-apocalyptic story whenever and wherever they want thanks to NieR:Automata The End of YoRHa Edition, the unreleased Nintendo Switch version, developed by Virtuos.

In the distant future… invaders from another world attack without warning, unleashing a new threat: devastating weapons, known as “mechanical life forms”. Faced with this insurmountable threat, Humanity is forced to flee the Earth to take refuge on the Moon.
Players take on the role of 2B, a member of the new YoRHA android squad, and plunge into a fierce battle to regain control of the planet. They discover a captivating story that takes them beyond mere entertainment and evokes a wide range of emotions through its explosive genre mix, in a devastated open world of great beauty.

New content for NieR:Automata The End of YoRHa Edition:

NieR:Automata The End of YoRHa Edition is available on Nintendo Switch. Find our complete test by clicking HERE.

Tactics Ogre is considered one of the best tactical RPGs of all time. Moving away from its predecessor Ogre Battle, which focused on troop and re management, Tactics Ogre leaves it up to the player to control each unit individually and anchors the formula of the modern tactical RPG, which will be found in games like Final Fantasy Tactics or Triangle Strategy.

Based on the game released in 2011, this version features improved graphics and soundtrack as well as updated game design, bringing to life a new Tactics Ogre that stays true to its roots. The crown jewel of the tactical role-playing game genre is reborn!

The Valerian Islands, jewels of the Obero Sea. Long the heart of naval commerce, islanders have fought throughout history to hold onto their shores. Finally, a man rose up to put an end to this conflict: Dorgalua Oberyth, the “King-Dynaste”. He strove to eradicate hatred between the peoples of the islands, and for half a century Valeria enjoyed prosperity.
But on the death of the king, a civil war broke out again and three factions disputed the control of the island: the Bakram, who constituted the major part of the nobility of Valeria, the Galgastani, the majority people on the island and the too few Walisters. The island is quickly divided between the Bakram and the Galgastani, and an uneasy peace settles there.
But everyone knew the calm wouldn’t last…

Star Ocean impressed audiences in 1996 with its technical prowess, offering graphics and visual effects never before seen on the Super NES, but also voice-overs, which were very rare when the cartridges had a storage capacity of very limited data. This first installment also laid the groundwork for the action-oriented combat system, which has been constantly improved over the past 25 years.
This new opus is now available on PlayStation 5, PlayStation 4, Xbox Series X|S, Xbox One and STEAM. It offers an original new story with two distinct scenarios, a large number of playable characters, a unique combat system, and the freedom to fly across the world and explore massive 3D environments.

Raymond, who has just crash-landed on a new planet, is immediately attacked by hostile individuals. He is saved by Laeticia, the crown princess of the kingdom of Aucerius. Together they will change the fate of the kingdom and the consequences of their actions will echo across the galaxies.

Raymond Lawrence is one of two protagonists to choose from in Star Ocean The Divine Force. Hailing from the unfederated planet of Verguld and captain of the merchant ship Ydas, he can often be found plunging headlong into dangerous situations for his friends and his work.

Second playable protagonist and princess of the Kingdom of Aucerius, Laeticia comes from the planet of Aster IV in Star Ocean The Divine Force. His radiant, resolute personality is admired throughout the realm, but his stilted demeanor clashes with his fondness for wearing armor and his remarkable skill with dual blades.

When it was released in 1999, Valkyrie Profile upended the traditional JRPG formula by offering dungeons to be explored like in a 2D platformer and a dynamic combat system where each button was assigned to a character’s attack, offering a infinity of possible combos. It was also one of the first pop-cultural objects to reclaim Norse mythology and its recurring motifs like Ragnarök and the Valkyries.

VALKYRIE ELYSIUM, the next action/RPG installment in the VALKYRIE franchise, is coming to PlayStation 5, PlayStation 4 and STEAM. Once upon a time, Ragnarök, the apocalypse that led to the destruction of the world. Odin, the supreme God of things, drew on his res to create an apostle of salvation, responsible for saving the world…

In this first action / RPG of the franchise, the fights have been improved: they are more intuitive and three-dimensional. Other than the Einherjar fighting side-by-side with the Valkyries, the franchise’s original moves and combo system have remained unchanged.

New elements have been added to the game to create rich and varied fights:

Introducing Square Enix’s all-new fantasy life simulation RPG! Throughout the seasons, explore an imaginary world, nurture your crops, face your enemies in dynamic combat and unravel the mystery of the season of death, the Quietus.

HARVESTELLA takes place in a colorful and vibrant world where the stability of the four seasons is provided by four giant crystals called “Lumicycles”. The adventure begins when the Lumicycles present anomalies, which give life to the “Quietus”, a season of death which is interspersed between the four seasons of nature. During the Quietus, the crops wither, and the inhabitants cannot leave their homes. The most worrying thing is that these seasons of death are getting longer every year.

In this life simulation RPG, players will plant and tend to their crops, use ingredients to cook and craft items, and explore the world map that changes with the seasons. They will be able to visit different cities, interact with their inhabitants, fish, and more. Players can choose between several classes, such as Fighter, Shadowwalker, or Mage, and explore dungeons with their party to uncover the origins of the world and the truth behind the calamity.

Harvestella is available on Nintendo Switch and PC.

The DioField Chronicle is a new tactical RPG, available on PlayStation 5, PlayStation 4, Xbox Series X|S and Xbox One, Nintendo Switch and PC via Steam. It offers an all new real-time strategic combat system, or RTTB (Real-Time Tactical Battle). Players and enemies are constantly on the move making the outcome of a fight unpredictable. The game takes place in an original world with a cruel and brutal storyline linking fantasy with modern and medieval elements.

The time of myths has given way to a tormented era… The world of men seems bogged down in an endless war. A group of elite mercenaries calling themselves the “Blue Foxes” rise amidst the flames and chaos, ready to face fate and become legend with their valiant exploits. But in the end, will the name of the “Blue Foxes” be associated with hope, or with the darkest of tragedies?

With more than 86 million units sold since the release of the first opus in 1986, the success of the Dragon Quest franchise has never been denied, especially in Japan where it remains by far the number 1 JRPG series.

DRAGON QUEST TREASURES follows the adventures of Erik and his sister Mia. They live on a Viking longship, dreaming of the day when they can finally explore the world in search of great treasure. One night, they meet two creatures from elsewhere, Porcellus and Persiana, who lead them to mysterious ruins where they find two dragon daggers. The brave duo is then propelled towards the floating continent of Draconia. This legendary land is home to monsters and a slew of precious loot, including the Seven Dragon Stones, objects of all the desires of the most skilled treasure hunters.

Dragon Quest Treasures is due out December 9 on Nintendo Switch. 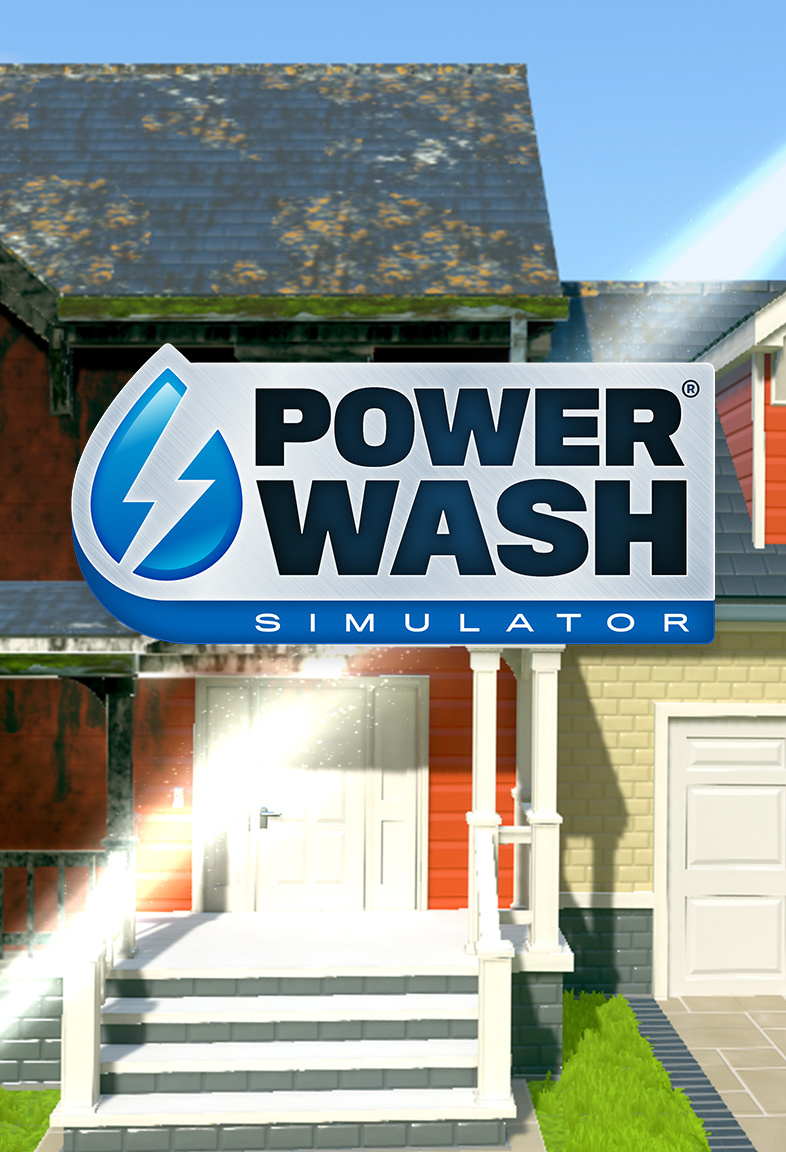 POWERWASH SIMULATOR is available on PC and Xbox as well as Xbox Game Pass.

POWERWASH SIMULATOR is an ultra-relaxing simulator that gives players all the tools they need to unwind. For a moment, they can forget the real world and fulfill their destiny as a professional cleaner. Equipped with a high-pressure jet, they can unlock new equipment and upgrade them for perfect cleaning: no dirt can resist!

Through the online co-op mode, players can join their friends and clean up together or boost their careers. For the more competitive, the “challenge” mode allows you to play against the clock AND against the dirt in different places in the city.

Players will discover a gameplay that gives pride of place to action, magical combat and parkour. They’ll encounter corrupted foes in a cruel yet sublime new world, which they can explore when this new Square Enix game releases on January 24, 2023.

Forspoken follows the adventures of Frey, a young New Yorker mysteriously transported to a magical world… the beautiful but cruel world of Athia. While trying to return home, she discovers her magical powers and a vast world destroyed by the Corruption. Helped by Krav, Frey will have to fight terrible monsters and powerful matriarchs known as Tanntas to save Athia.

Frey’s quest will take her on a journey through various environments, which she will navigate through parkour and magic. This dynamic and acrobatic way of moving, enhanced by Frey’s powers, will allow him to glide, run and float through the air and vast landscapes with speed and fluidity. Frey will also have to learn to master dozens of different magics that she can use to cast powerful spells throughout her adventure in the world of Athia.

Designed for PlayStation 5, Forspoken will harness the full power of the console and embody the philosophy of Luminous Production by offering a unique gaming experience that blends technology and creativity.

Forspoken is expected for January 24, 2023 on PlayStation 5 and PC.